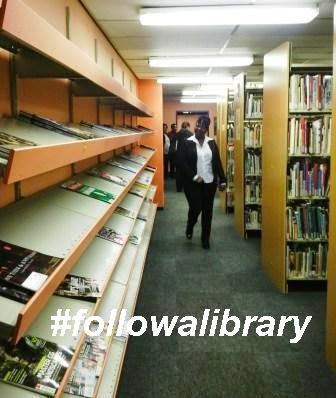 
The yearly Follow-a-library campaign with the hashtag #followalibrary is on again for tomorrow.
The campaign was reignited by the International Librarians Network which posted about Library Advocacy & Lobbying: #FollowaLibrary Day (International)

"Join Us for #followalibrary Day on October 1st!

Are you passionate about promoting your library? Do you need to escape the echo chamber and reach people from other industries, and non-users? Does your library do or have something that may surprise people? Make sure you get behind #followalibrary Day! At a minimum, you and your library service will get more followers.

This online event runs all day on October 1st.

It’s a marketing, advocacy, networking free-for-all; a drop-in, casual twitter chat that feels like a group hug. Everyone everywhere can participate, and with steering committee members from South Africa, the Netherlands, and Australia, it’s truly an international affair.

The idea is to spread the word about innovative, out-of-the-box library programs, resources, and work practices, that users and non-users may be surprised to learn we do."

- #Followalibrary with #myfavoritebook - Report from a lone tweep from Africa


Blog post by Karen du Toit.
Posted by SABC Media Libraries at 11:02 AM No comments:

A Heritage Braai at the SABC Media Libraries

Not only do the SABC Media Libraries help in preserving the rich heritage of South African Broadcasting in audio and print, but we also celebrated Heritage Day in true South African style!


We had a Heritage "Braai" (barbecue) sponsored by our manager, Bennie Jacobs and his managers. Thank you! It was on Tuesday, because Wednesday, the official Heritage Day on 24 September, was on a Public Holiday here in South Africa!

The Braai Master, Themba Mtshali, made sure that the meat was grilled to perfection!

Posted by SABC Media Libraries at 10:46 AM No comments:

In celebration of Heritage Month, and Heritage Day tomorrow, the SABC Radio Archives share a snippet from the heritage that they are keeping in the archives.


One of the gems is an extract from SAFM PM Live on 24 September 1997, part of a news bulletin with actuality of former President Nelson Mandela who opened the Robben Island Heritage Museum, one of South Africa’s heritage sites.

It is still on a reel-to-reel tape, one of the very dependable formats in the Radio Archives. 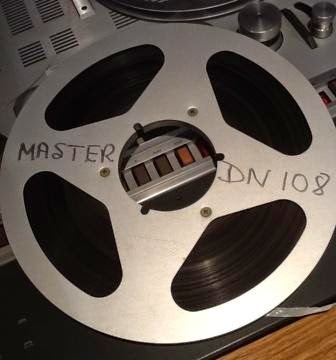 A quote for Heritage Day:

"National Heritage Day is an opportunity to share stories about our heritage. It is a day for families to visit heritage sites, and  for children to learn about the struggle heroes who fought against apartheid. We dare not allow the sacrifices of those who gave all, so that we may be free, to be forgotten.

This initiative is in line with the theme for this year's Heritage Month; "Celebrating 20 years of democracy: Tell your story  that moves South Africa Forward". This year's Heritage Month also takes place against the backdrop of our 20 Years of Freedom celebrations which reinforces our collective memory of the struggle  towards promoting a national identity.

Celebrating our heritage is an integral part of healing the divisions of the past and to establish a society based on democratic values, social justice and fundamental human rights."               - SABC

Enjoy your Heritage Day,  "respecting and acknowledging the past, celebrating the present and building the future together" (SABC).

Posted by SABC Media Libraries at 9:04 AM No comments:


The Principal Librarian of the SABC Media Library in Cape Town, Marlene Ungerer, was this week in Auckland Park at the SABC Radio Archives.

SABC Cape Town is planning to appoint a Radio Archivist for the first time, and the archivist will be expected to report to the Principal Librarian in Cape Town. SABC Cape Town Media Libraries provides services to the following radio stations: Good Hope FM, RSG, SAFM and Umhlobo Wenene. A need was identified for training for Marlene to be able to understand the role and complexities of the post.

Cate Jele, the Acting Manager and Team Leader of the request team, trained her on the in-house cataloguing system, Natural Document Management (NDM), as well as all the processes, systems and procedures of working in the Radio Archives.

Marlene expressed her delight in being able to learn so much in one week, as well as walking away with a new understanding about the work of the radio archivists.


Blog post by Karen du Toit, Afrikaans Archivist in the SABC Radio Archives.
Posted by SABC Media Libraries at 10:17 AM No comments:

The voice of Steve Biko from the SABC Radio Archives

The news archivist, Nare Mashiane, reminds us today, 12 September, about the death of Steve Biko.

Steve Biko, anti-apartheid activist, died on 12 September 1977. He was the founder of the Black Consciousness Movement in South Africa.


For more information from the SABC: "Confidant" remembers Steve Biko
Posted by SABC Media Libraries at 11:29 AM No comments: 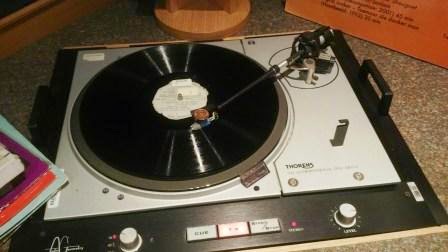 A 1943 acetate record with a large scratch was fixed by the SABC Radio Archives' sound engineer, Obakeng Phiri.

It is a 1943 song about "Generaal De la Rey" (composed by C Lamprecht) and sing by Betsy de la Porte. On the 15th of September it is the 100 year anniversary since the South African Boer War general died, and the material is needed from the archives for a tribute programme.


This is the original sound.


As archivists we do not always have the specialised skills of the sound engineers, and we sometimes struggle to fix the formats when they are damaged. It became very apparent when the sound engineer was called in and he could do his digital magic.

The fixed sound that was sent to the journalist to use in her programme for News Actuality.


Thanks to specialised skills! 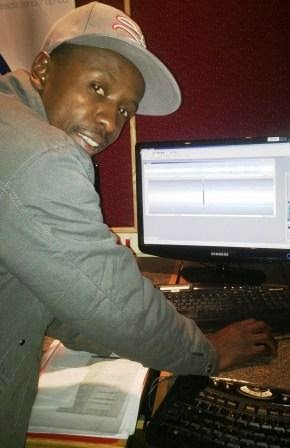 The archivist could now update the catalogue, and save the fixed version electronically for future use as well!


Blog post by Karen du Toit, Afrikaans Archivist in the SABC Radio Archives.
Posted by SABC Media Libraries at 10:29 AM No comments: