Audio Restoration mastered and prepared "East is number one" with Dennis East as lead vocal. 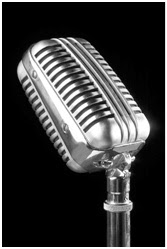 Dennis East was born in Durban. Dennis started playing in bands at school, eventually joining up with the band “The Statesman” and turned professional in 1969.


After five years of playing the club circuit he settled in Johannesburg as a solo artist with RPM Records and notched up three top ten hits. In 1977 he received a “Sari Award” as top male vocalist of the year. Dennis joined the David Gresham group in 1978 and with the band “Stingray” enjoyed local and international success.

In 1988 Dennis achieved second place in the Chilean Song Festival and was voted top male vocalist by Chilean National Radio.