Renowned music legend, composer and artist Steve Kekana blessed the SABC Record Library with his presence at the launch of his 44th album called “Risen” on Friday 22 August.

Risen is a re-recording of some of his biggest hits. This album includes  memorable songs like “Slow Drive to Soweto”, “Sanibonani”, “The Bushman” and other songs that will put you in a dancing mode.

With the man of the moment speaking, the one thing taken from his speech is that he has always loved music and wants his music to be part of South Africa’s past, present and future. He loved being at the SABC Record Library and in his own words he said: “The Record Library is the epicentre of a music earthquake”.

Present at the launch were members from Next Music Record Company and the publishers who deal with the distribution and marketing of the album, as well as music compilers from different radio stations and other music guests from inside and outside the SABC. 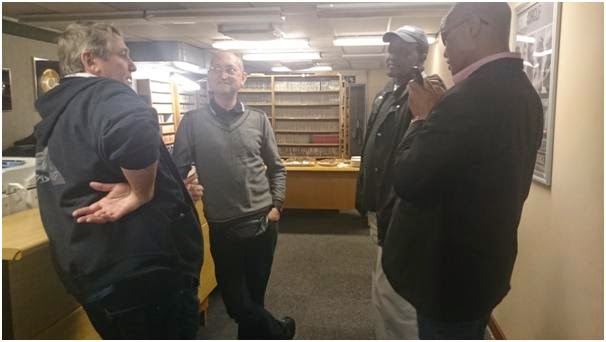 The room was filled with warmth and so much laughter, and the Record Library is humbled to have had such an amazing person in their presence. 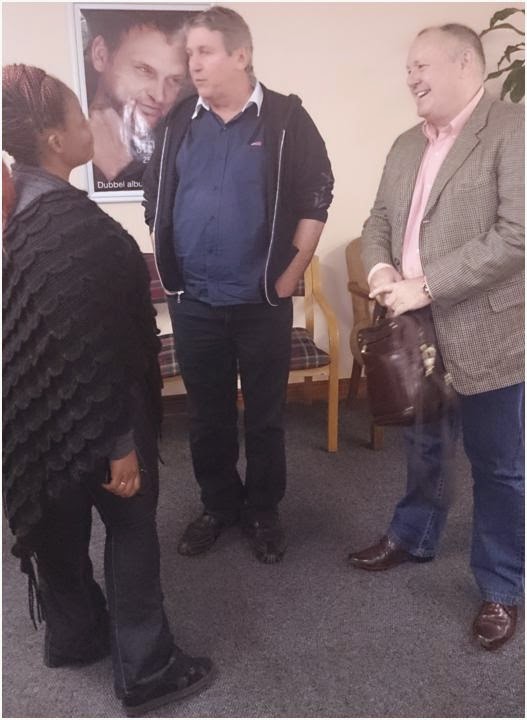 Posted by SABC Media Libraries at 11:06 AM